Moon is a Christmas light installation produced by ILMEX Illumination specifically for Gran Via by commission of the City of Madrid and installed by Ximenez Group. 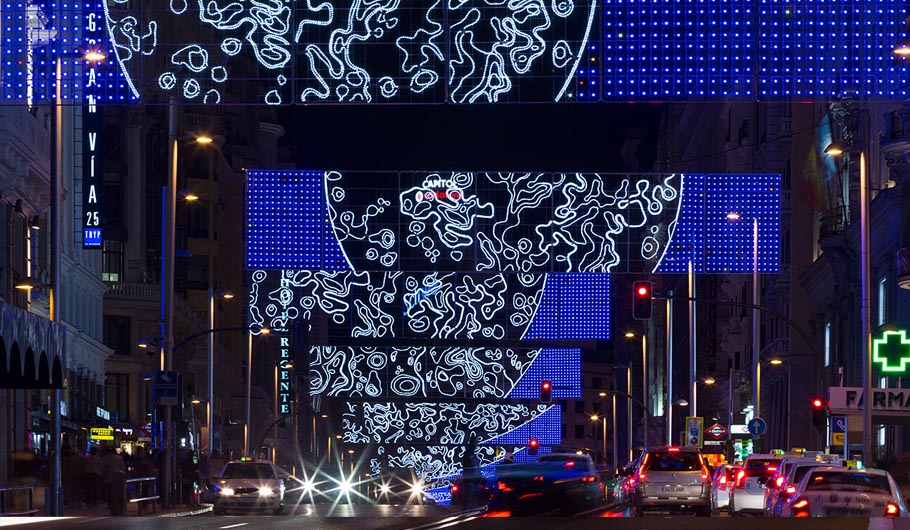 It consists of 31 different light motives that, as a whole, acts like a flip book with 31 images at urban scale. Instead of flipping through the pages with the thumb to produce a primitive cinematographic illusion of motion or animated pictures, with Moon it is the spectator itself that creates this effect by moving himself along the street. 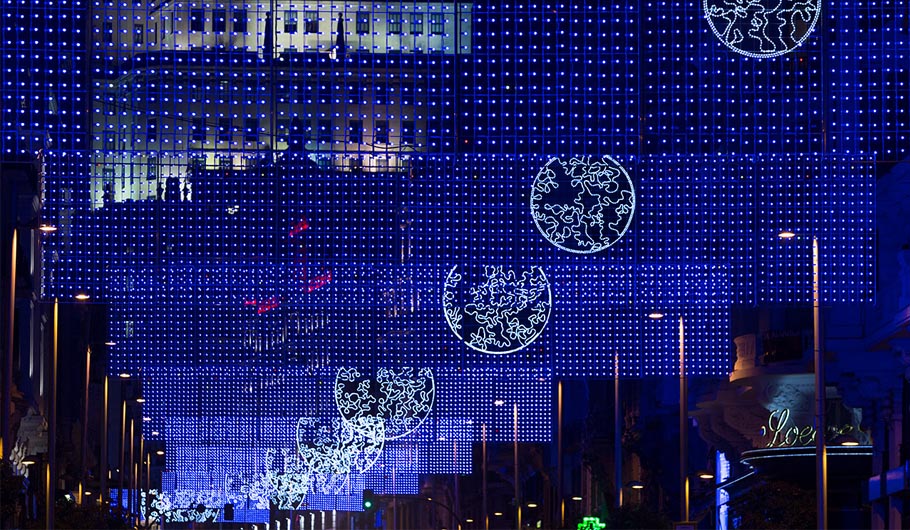 Instead of a typical Christmas light installation, consisting of a determined design which is repeated n-times along a street, Moon changes at each point of the route and is perceived completely only with time and by displacement. 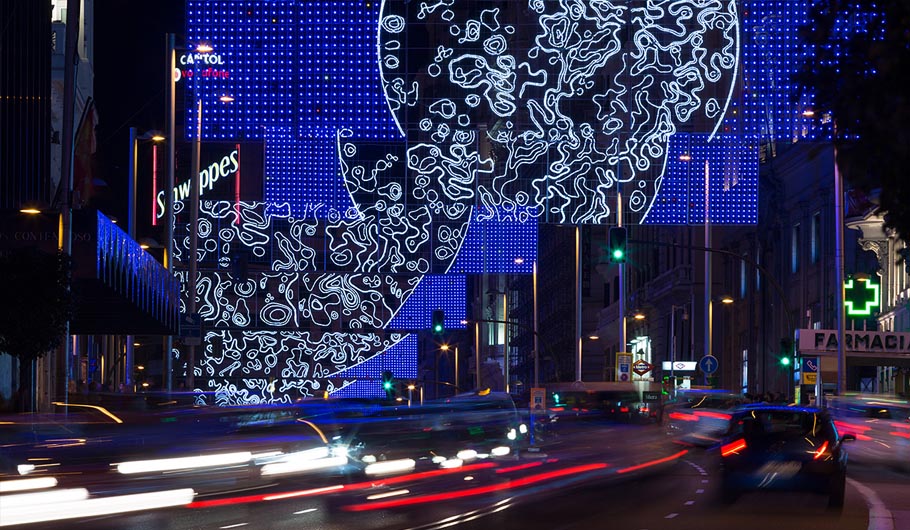 The sequence of images represents a trip to the moon. Additionally to the displacement of the spectator, the installation utilizes the specific topography of Gran Via with its respective rises from each end; at Plaza España and the crossing with Alcala Street and its most elevated point located at half way, between the Telefonica Building and Plaza Callao.

In so doing, the sequence of light motives produces an effect of approximation (zoom in) to the moon, coinciding with the rise of the street, and inversely of departure (zoom out) with the descent.

Get the latest news into your inbox!